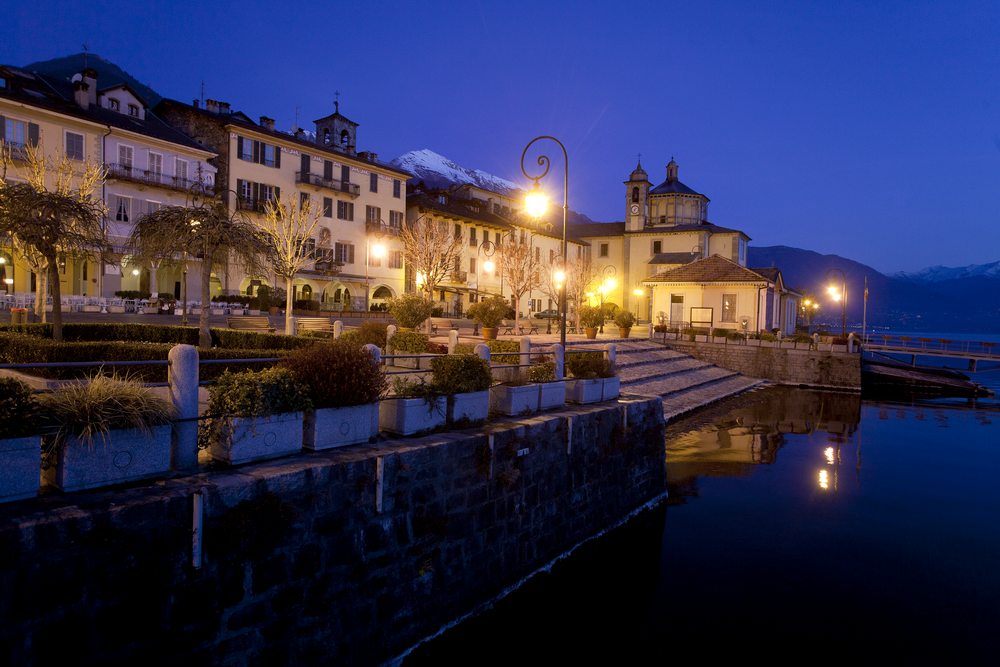 The Gate of Europe. This is how we can define Cannobio, a fascinating village that embellishes the Piedmontese shore of Lake Maggiore on the border with Switzerland. A jewel set between the blue of the lake and the green of the mountains, where different eras have left their mark among the narrow medieval alleys, Renaissance palaces and Baroque churches of the historic center. The lakefront enchants tourists with its colorful buildings and houses, places of great interest such as the Sanctuary of the Santissima Pietà and the teeming Piazza Vittorio Emanuele III, the hub of city life and the stage of a Sunday market with over 180 stalls overflowing with goods. The fishermen's houses and the elegant facades of the eighteenth-century buildings are the ideal background for a break in one of the cozy lakeside cafes and restaurants, which give the village the appearance of a real living room overlooking Lake Maggiore.

But the charm of Cannobio does not end in its historic center. The vast territory includes some hamlets: Campeglio, Carmine Inferiore, Carmine Superiore, Cinzago, Formine, Piaggio Valmara, Ronco, San Bartolomeo Valmara, Sant'Agata sopra Cannobio, Socraggio, Socragno, Traffiume. Places rich in art and culture such as the ancient village of Carmine Superiore which host the church of San Gottardo or as Traffiume where you can admire the breathtaking landscape of the Orrido di Sant'Anna. Tranquility and relaxation are the key words of these places that reserve the visitor beauties, glimpses and flavors of other times.

Furthermore, for those who love sport, Cannobio offers a rich and diversified offer. Its waters and the characteristics of the environment have allowed the municipality to obtain the Blue Flag, the Orange Flag of the Touring Club and the 4 Sails of Lega Ambiente, prestigious international awards. The Lido, one of the most popular on Lake Maggiore, is the ideal destination for those who love practicing lake sports such as rowing, sailing, kite-surfing and windsurfing, while the adjacent green area hosts a football pitch, two beach volleyball courts, three tennis courts, a parkour, a skatepark, a pump truck and a mini-golf. With over 8 km of cycle paths immersed in nature, 25 mountain bike trails and 250 km of trails in the valley, Cannobio is confirmed as an unmissable destination for cycling enthusiasts.